We are overjoyed to announce that “In Search of the Dead” has made it to the Official Selection of the 2020 London International Motion Picture Awards (L.I.M.P.A.). 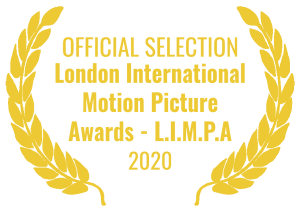 The London International Motion Pictures Awards ( L.I.M.P.A.) is an annual event held in London, United Kingdom. It aims to disseminate film culture and the progress achieved in various branches of film art, and to strengthen relations among filmmakers throughout the world.

This year the festival has reinvented itself and will be launched in collaboration with the U.S. distribution company Alexa Films LLC as a TV event. Each work has the chance to be broadcast live on the festival’s exclusive TV channel. The festival’s broadcasts will be shown on the channel between 1st and 12th of December. Viewers will have a chance to vote for each work featured by using a “like” button in order to obtain the recognition of “The film most voted by the audience”. The vote of the audience will be independent of the decision of the jury.

To find out more about the festival and this year’s competitors, visit L.I.M.P.A.’s official website.